The past few months have been long and difficult, but I’m so thrilled that the beast of a manuscript is finally out in the world! 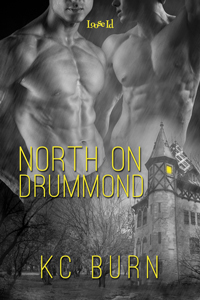 Sandy Bottom Bay, Florida – Come for the Haunts, Stay for the Beaches!

Drew Drummond might call himself a psychic tarot reader, but he doesn’t believe in the supernatural. The business was left to him by his grandmother, and seemed the best way to rise above the chronic criminal behavior of the Drummond family. Despite his efforts, few of the townspeople consider him a good romantic match. Being gay only makes finding love more difficult.

When Cliff Garcia, Drew’s teenaged crush, moves back to town and joins the police force, Drew doesn’t think he has a chance. After all, the skeptical cop considers Drew’s profession on par with professional con man, and Cliff had spent his entire school career feuding with Drew’s volatile brothers. Despite the obstacles, Drew and Cliff begin a fiery relationship.

Just when Drew starts to believe they might have a chance, he suffers a head injury and begins having visions of the future. If Drew tells Cliff the truth, he’ll lose the man he’s falling for, but keeping his new ability a secret is no longer an option. If he can’t convince Cliff he’s for real, a murderer will walk free.