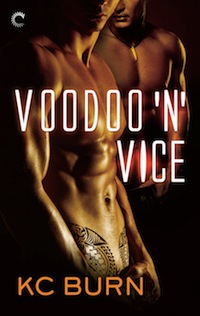 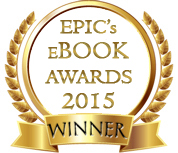 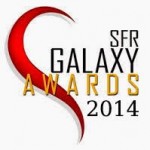 After nearly causing a galactic incident, fleet captain Gideon Arcturus is disgraced, demoted and exiled with nothing to do but pass the time at a seedy club on seedier planet Elora Ki. It’s no place for a straight-laced soldier, but following the rules is what got him there in the first place. When he meets a mesmerizing fire dancer, he’d do anything to get close to the flame.

Tai doesn’t date customers—it’s far too dangerous for a man who was once for sale. But the shy, awkward Gideon entices him, and the two spend Gideon’s leave tangled together, neither knowing the passion that stirs within them won’t soon subside.

When a violent drug lord forces Tai back into slavery, Tai has no choice but to give up his new love. But when Gideon learns that Tai’s fate lies with those who brought about his own ruin, he’ll need to revisit his own difficult past in order to save them both.

Demoted. Captain Gideon Arcturus scrubbed his face with his hands before he reread the memo on his console. The words hadn’t changed. They hadn’t stripped him of his rank, but he was no longer the head of the Galactic Fleet’s interplanetary criminal division.

How could this be happening? With a growl he stood, his chair tipping back and thudding to the ground behind him. He barely suppressed the temptation to upend his desk, as well. Gideon stalked around the office, the one they were ‘allowing’ him to keep, with two words echoing through his mind: Why me?

He’d been following orders, for fuck’s sake. Just like he was supposed to. Following them slavishly, in fact, because deviation from orders and protocol had been the reason he’d been exiled to this pit of human civilization on Elora Ki.

The agitated pacing wasn’t helping. Gideon returned to his desk, righted his chair and slumped down in it. Too bad Elora Ki was already at the outermost edge of the Galactic Alliance. There was nowhere to run, nowhere to escape. Unless he wanted to end up in Ankylos territory, and those damned aliens had already caused him enough trouble.

How long before some sucking-up little asswipe went running to his father or brother with the juicy gossip of his demotion? He rested his forehead in his hands. Would his father even bother expressing his disappointment this time? Or would General Arcturus merely pretend he didn’t have a second son? Stowing him out of sight on Elora Ki must make it easy to act like Gideon and his disgrace had never happened.

The door opened, and the big, blond bane of his existence on Elora Ki walked in. Gideon took a deep breath and clenched his fists out of sight underneath the desk. No way would he let anyone see how much this demotion had rattled him.

4.6 Stars from Brittany at Prism Book Alliance! “One of my favorite aspects of this book was the imagery: Tai is a fire dancer, and during his performances it was as if I could feel the heat of the flames.”

4 Stars from Melanie at QueerSciFi! “Think more Marvel Comics than American Scientific journal, but its in her descriptions that these people, their histories and their love for each other comes alive. That makes the astounding beings, places, and events here jump with possibility and magic as well as an intergalactic love that feels not only reasonable but right.”

5 Stars from Charlee at Smart Girls Love Sci-Fi! “All in all, Voodoo has all the right magic I’ve come to expect from KC Burn and the Gallactic Alliance series: swoon worthy heroes that are well developed and unique, world building that is rich and consistent, and romance done right. Highly recommended!”

4.25 Stars from Scattered Thoughts and Rogue Words! “K.C. Burn gives us the human element and spirit alive and kicking in a galactic space not always open to humanity and the chaos we bring with us.”

4 Stars from Evelise at The Jeep Diva! “Voodoo ‘n’ Vice told of sexual awareness, being true to yourself and staying the course and things will fall into place. ”